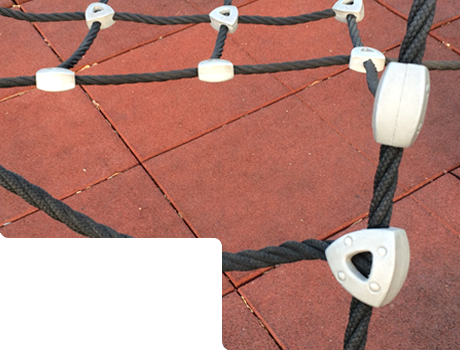 Henrik Hallenborg is a twenty-year veteran of the financial industry, and one of the founders of the well known Swedish website Börstjänaren.se

Henrik Hallenborg is an equity and commodities trader, international businessman, advisor for hedge funds, entrepreneur, ex-skydiver and father of one.

Hallenborg, born in 1975, began his working career in Sweden as a heating engineer but soon changed path, moved to London to pursue a profession in finance and money management, a trait he has upheld for almost two decades. Hallenborg resides in Madrid with his wife and little daughter. He has also lived in Stockholm, Oslo and Dallas, Texas.

Hallenborg started out his financial career in 1997 as a private trader managing proprietary accounts. And became a registered Commody Trading Advisor (CTA) in 2012.

During the hype of commodities in 2008 and onwards, Henrik Hallenborg for several years wrote a market letter for Royal Bank of Scotland, with analysis and chronicles covering the global macro markets.

Hallenborg’s expertise lies in quantitative analysis based on algorithms. His trading style can be described as historical pattern recognition backed by statistical analysis.

As an advocate for the Austrian School of Economics and free markets, Hallenborg also subscribes to Ayn Rand’s Philosophy of Objectivism. For his own and investors accounts he trade stocks, bonds, currencies, ETF:s, stock index futures, commodity futures, and options.

In a comparitive study with over 11 200 hedge funds worldwide in 2014 Prequin rated Hallenborg’s Gourishankar as one of the best performing when the program, with a net return of 26.04%, was awarded fifth place in the class of “Net Return of Top Performing Single-Strategy Funds of Funds in 2014”.

Throughout the years as a registered Commodity Trader with NFA (National Futures Association) Henrik Hallenborg has received numerous of recognition awards for his performance from BarclayHedge.

Thomas Sandstrom has been an entreprenour and business owner since the mid-eighties. As an educated humanist and traveler of the east he is specialised in communication and public relations big and small.

In 2006 he co-founded the Swedish trading educational website Börstjänaren (www.borstjanaren.se) and now functions as a Principal of Hallenborg CTA.

Decending from a long lineage of teachers, professors and employees with big families and lots of kids, Thomas is the black swan, who bought his first stock in high school, and in time started his own advertising agency, with twenty plus years services to AGCO Corp. (NYSE), also doing works for Swedish departments of clients such as Phizer and Symantec. He also has experience as teacher and author of teaching materials.

Thomas has wide range of interest, from meditiation to sports, culture, and Laisse fair economics. He is a master chess and bridge player and has on several occasions lived at an ashram in India. He has a B.A. in Literature, Philosophy and History of Ideas and additional university studies in Mathematics, Physics, Law and Nordic Languages.

Disclaimer
BarclayHedge’s Monthly Rankings rank top performance of funds and CTAs. All winners are nominated based on quantitative data provided by BarclayHedge for the various award categories.

The information presented by BarclayHedge may include inaccuracies or typographical errors or omit material information. There is no representation that the whole CTA universe is represented as only CTAs that have actively chosen to participate are listed.

While reasonable efforts have been made to obtain information from sources that are believed to be accurate, Preqin Ltd. does not make any representation or warranty that the information contained in the Prequin Alternative Asset Performance Monitor are accurate, reliable, up-to-date or complete.

The Information presented is for information purposes only and should not be construed as a recommendation to acquire or dispose of any investment or as advice of any nature whatsoever.

DISCLAIMER
There is a substantial risk of loss in trading futures and options. Past performance is no guarantee of future returns. Please read our disclaimer carefully before proceeding.